Everything You Need to Know About DNA Testing

Everything You Need to Know About DNA Testing

Hoping to gain some information about your ancestry? Trying to determine the legitimacy of your paternity? If so, you can do so be undergoing a DNA test.

What is DNA Testing?

DNA testing is the process of taking one’s cells and testing them to determine a variety of genealogical matters. Quick and easy, DNA testing has become so commonplace that it’s possible to test one’s self from home.

DNA testing is done for a number of reasons. One of the most common reasons is to determine whether or not a man is the legitimate father of a child. In these cases, positive DNA testing is considered concrete legal evidence of paternity.

Another function of DNA testing is to determine one’s ancestry. Your DNA will not only tie you to your relatives of the past but alert you to a range of diseases and conditions that might be inheritable.

DNA testing is also used in crime scenes, as it can help identify who might have been on the scene at the time of murder or sexual assault. This form of testing is popularly seen on TV shows such as Law & Order and CSI.

When Did DNA Testing Start?

Believe it or not, the history of DNA testing is a short one. Generally, it is agreed that DNA testing began in 1983. It was in this year that RFLP (Restriction Fragment Length Polymorphism) testing was devised.

This form of testing is 99.99% accurate but requires the use of an exceedingly large cell sample. For this reason, it’s scarcely used.

These days, DNA tests are much more efficient, requiring only small samples of cells in order to maintain accuracy. In most cases, a spot of blood or pinch of saliva is all that’s needed.

From What Parts of the Body Can DNA Be Taken?

DNA can be found in essentially all human cells. Therefore, as long as it contains your cells, it can be taken from your body and tested.

The most commonly tested body fluids include blood and saliva. Other bodily entities which can be tested include hair, semen, urine, and skin cells, to name just a few.

If you’re going in for a paternity test, you can expect to provide a sample of either blood or Buccal scrap (the saliva found on the inside of the cheek). In rare cases, other types of samples will be taken.

How Accurate is DNA Testing?

Note, however, that accurate testing requires proper testing practices. If the lab testing your DNA makes an error, your results could be wildly inaccurate. For this reason, it’s vital that you go to a reputable lab.

How Much is DNA Testing?

Now, you might be wondering: how much does DNA testing cost? The price of such testing varies depending on a number of factors, including the purpose of the testing, the type of test that’s run, and more.

How to Get DNA Testing

When trying to get a DNA test, you have two options: 1. Buy a take-home DNA test, or 2. Undergo testing in a lab. If you’re looking for ancestral information, you can probably make do with a take-home test. On the other hand, if you’re looking to prove paternity, you will need to undergo in-lab testing.

So, where can you find a lab that tests DNA? In most cases, Google is a solid option. Simply enter something to the effect of “DNA testing in [your city]”, and you should find a number of relevant labs in close proximity to you.

Once you’ve come across relevant labs in your area, you’re advised to read some customer reviews to ensure that they provide good and competent service. After you’ve done this, you can pick a lab, schedule an appointment, and undergo testing.

Now, you might be wondering what exactly is involved with the DNA testing process. While processes differ slightly, they tend to follow the same general steps.

The process begins with the collection of DNA. Blood, saliva, hair, or some other sample is taken to be processed by the lab.

Next, the cells from the given sample are broken down. This is done by placing the sample in a solution and adding enzymes.

After the cells have been broken down, the DNA contained within them will be separated. This can be done in a number of ways but is often done through electrophoresis.

Next, the DNA is replicated, producing a copy that can be tested. Then, the actual testing will begin, with lab technicians identifying specific genetic markers in the DNA.

If necessary, technicians will compare the DNA to another individual’s DNA, testing the validity of paternity, ancestry, or some other type of relationship.

We offer both informational and legal DNA testing, both of which are accurate and quick to complete. Regardless of the type of testing you require, we can help you.

All You Need to Know about Legal and Illegal DNA testing

Difference Between Informational DNA And Legal DNA Testing What Is DNA Testing? 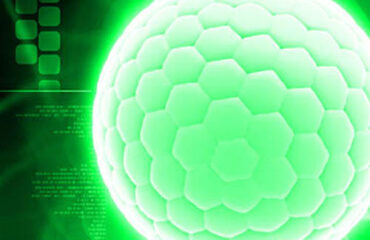 DNA Testing – Why Should You Get One Done