Sexually Transmitted Infections And The Tests

Sexually Transmitted Infections And The Tests

Infections that transmit from infected individuals to other people during coitus or intercourse are called sexually transmitted infections (STIs). There are various types of STIs including Chlamydia, Acquired immunodeficiency syndrome, Trichomoniasis, Genital herpes, Gonorrhea, Syphilis, Human papillomavirus, Hepatitis B, etc. Some of the common symptoms of STIs include frequent discharge from the penis, constant itching and irritation in the vagina, blisters and rashes in genitals, severe abdominal pain, sore throat, irregular menstrual cycle, and redness near the anus.

In nucleic acid tests, they take blood from the patient’s vein in a sample test tube. It involves the preparation of the sample using the patient’s blood in the laboratory. Amplification of RNA using TMA- transcription-mediated amplification, and detection of HIV in the amplicon. The test gives a statistical report of the number of viruses present in the infected person.

ELIZA test- Enzyme-linked immunosorbent assay is another test to detect the presence of HIV by detecting the existence of antibodies to the virus. In this test, the blood sample or saliva of the patient is collected and tested further by culturing it into a petri dish.

Syphilis is an STI by the bacteria Treponema pallidum that enters the mucous membrane through cuts and abrasions on the skin. The bacteria enter the body in a dormant stage and have the potential to become active after years of transmission. This, therefore, causes damage to the heart, brain, and other accessory organs.

VDRL test- It stands for Venereal disease research laboratory test that involves collecting and testing blood samples and spinal fluids of the patient to detect the presence of antibodies against the bacterium.

Rapid plasma reagin test is another laboratory test to screen out syphilis bacteria. The blood sample of the patient is collected and diagnosed to detect the presence of non-specific antibodies.

Yeast candidiasis, bacterial infections, watery discharge, and increased discharge in periods. Along with pain during coitus, extreme abdominal pain, and frequent urination are some of the symptoms of Gonorrhoea.

One method to detect the appearance of gonorrhea-causing bacterium is by collecting and reviewing fluids from genitals- penis, rectum, and vagina.

Chlamydia trachomatis bacteria is responsible for the transmission of Chlamydia. Hence, the disease may occur asymptomatic that may lead to serious health problems in the latter part of life.

Chlamydia is a curable disease that causes an elevation in vaginal secretion, abdominal pain during intercourse, swelling in testicles, and irregular bleeding in the infected individual.

NAAT – It refers to the nucleic acid amplification test that detects the genetic material of the bacteria. This is by amplifying it on a cultured medium. A vaginal sample or urinal sample of the patient is of use in this diagnostic test.

However, a swab test is another diagnostic measure to detect the existence of trachomatis bacteria. In this, the doctor cultures fluid from the cervical to detect the presence of antigens.

The causes of sexually transmitted infections are bacterias, viruses, and parasites. These can enter through the genitals because of unprotected coitus, sharing needles, or through blood transfusions. Creating awareness among the people to use condoms, not keeping monogamous relationships, prevents infection. Testing as soon as there are unusual symptoms in the genitals infections also prevents infections. Not all STIs are deadly such as Gonorrhoea, Syphilis, Trichomoniasis, and Chlamydia which are curable by antibiotics. However, HPV, Herpes, and HIV are not fully curable diseases. 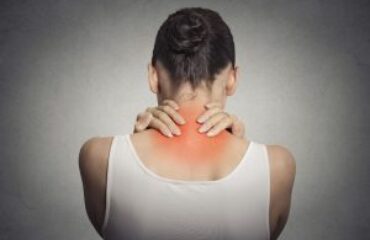 A Beginner’s Guide to Fibromyalgia 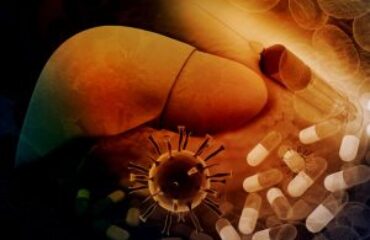 The Differences between Hepatitis A and B