Tests You Should Do As A MMA Fighter

Tests You Should Do As A MMA Fighter

The tests for a MMA fighter include three different tests which are together called as MMA fighter package. It is a diagnostic tool that is necessary to be accepted as a fighter.

MMA is referred to as Mixed Martial Art. It is a combat sport that includes punching, wrestling, ground fighting, and all techniques from various combat sports and martial arts from around the world. Initially, the competition was held to find the most effective martial arts for real unarmed, but later individual fighters included their own style in multiple ways.

MMA consists of full-body contact. It is an aggressive sport that sometimes leads to bloodshed. To ensure the safety of the opponents there are three tests in the MMA fighter package. The three tests are as follows:-

HIV referred to as Human Immunodeficiency Virus can be transmitted from one person to another. Any person coming in contact with an infected person or exposed to the blood or body fluid can contract this virus. This leads to AIDS. Sometimes, symptoms start to occur, sometimes it does not. The only right way to know if you have an infection or not is through a test. MMA fighter tests for HIV include testing for HIV antibodies and HIV antigens.

Hepatitis B is an infection by the hepatitis B virus. This leads to inflammation and enlargement of the liver. This is a transmittable virus. It can transfer through blood or any body fluid of an infected person. Sometimes, this infection can be acute and does not last long but sometimes it can also become a chronic illness causing liver cancer. In most cases, it does not show symptoms easily in the initial stage. Therefore, a test is necessary before the match. The MMA fighter package includes hepatitis B surface antigen tests. This test detects the protein that is present on the surface of the virus.

If the HIV test results in negative that means you are safe and do not have any infection. You are eligible for the competition. But if the result is positive then you have HIV. Both the antibodies and antigens go through a  test for HIV. Sometimes, at the initial stage of catching the virus, the body does not create any changes so the result may show negative. Hence, the routine test becomes necessary.

This tests antibodies for hepatitis C. Similarly in this case too if the result is negative then the person does not have any infection. If the result is positive, then the active virus is in the system.

All You Need To Know About Eating Disorders 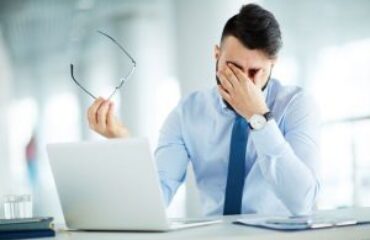 Why Are You Suffering From Daily Fatigue?

Long-Life Vs Short-Life? What We All Aim For?