Did you know that people contract 1 million sexually transmitted infections every day?

When it comes to STDs and STIs, there’s so much more at risk than shame or embarrassment. If left untreated, STDs can grow to become potentially life-threatening.

Since many of these diseases are invisible, getting tested is always a smart call. Keep reading for a complete guide to STD testing, including why you should get tested for STDs, what to look out for, and what you can expect from an STD test.

Why Getting Tested for STDs Is a Good Idea

A lot of people believe that there’s no need to get tested. Perhaps they already underwent an STD test a few years ago or have only been with one sexual partner for a long period of time.

That’s all well and good, but it doesn’t protect you from STDs. When you look the other way, you leave yourself vulnerable to all sorts of dangerous diseases.

Reports show that Americans are catching STDs at a higher rate than ever. The number of new cases of chlamydia, syphilis, and gonorrhea jumped to 2.3 million in 2017, a 200,000 case increase from the previous year.

Staying vulnerable isn’t a productive course of action. Likewise, it doesn’t help your partner, either.

If you have any sexual contact at all, you risk exposing yourself and your partner to potentially fatal illnesses.

When to Get Tested for STDs

STDs are more dangerous and ubiquitous than ever. By now, it’s clear that abstaining from STD testing isn’t a viable option.

So when is it time to head into the clinic or order an at-home test?

Here are some telltale signs to help you determine if it’s time to get tested.

If you’re thinking about becoming sexually active for the first time, you might already feel a ton of pressure on your shoulders.

We’re not here to add to that stress. But we are here to help you make a smart, well-informed decision.

There’s a common misconception that STDs are only passed through sexual intercourse.

The truth is, you can catch an STD, such as a strain of herpes or HIV, without ever coming in contact with a partner’s genitals. Something as simple as a kiss could put yourself or your partner at risk.

You Have a New Sexual Partner

Since STDs and STIs only require an exchange of bodily fluids to spread, it’s always a good idea to get tested whenever you’re with a new partner.

It doesn’t matter how many or how few sexual partners your new companion has had. Getting tested protects both of you.

Before engaging in any type of sexual activity, have a conversation about your sexual health.

Asking a partner if they’ve had an STD test recently may not be the most romantic topic in the world. Still, it’s important enough that it warrants a few moments of discomfort.

You Frequently Engage in Casual Sex

There’s nothing wrong with playing the field, so to speak. Casual hookups are actually pretty common.

If you’re having sex with new partners on a regular basis, you can mitigate your risk of catching an STD by using protection and undergoing regular testing.

So go ahead and live your life, but be smart about it!

You’ve Had Sex Within the past Year

On the flip side, maybe you’re taking a break from sex for a while. That’s also a viable option.

However, it doesn’t mean you’re in the clear. You’ll still want to undergo regular STD testing to make sure that you’re safe and healthy.

At the bare minimum, get tested once per year, as some STDs can be tough to detect and may lie dormant — even if you aren’t sexually active at the moment.

Every type of STD comes with its own symptoms. Some, like herpes sores, are easy to detect. Others, like pain when urinating or genital itching are a lot easier to spot.

Whether your symptoms seem major or minor, you should never hesitate to get tested.

The earlier you treat an STD, the better.

You Have Had or Plan to Have Unprotected Sex

Unprotected sex is any form of sexual intercourse where a condom or form of birth control isn’t used.

If you do end up having unprotected sex, get tested as soon as possible. You’re risking much more than an unplanned pregnancy. Unprotected sex leaves both partners vulnerable to an entire host of diseases.

You Already Have an STD or STI

At first, it might seem strange to get tested if you’ve already tested positive for an STD.

Certain STDs can weaken your body’s defenses, making it easier to contract other viruses and illnesses.

What to Expect When You Get Tested

Getting tested for an STD can be an intimidating experience, especially if you’ve never undergone a test before.

Don’t worry, the testing process is quick and easy!

For starters, make an appointment with your local testing facility. If this is your first test, we suggest a comprehensive sexual health panel, which tests for a wide array of STDs and STIs like HIV, herpes 1 and 2, syphilis, and more.

If you’re uncomfortable getting tested in a lab setting, ask about at-home testing, which is as effective as a lab test without any of the social discomfort.

And don’t forget, you may not need insurance or a doctor’s note to get tested. All you have to do is walk-in or order an at-home test.

Often, the most painful part of the process is waiting for the results. In most cases, results are available in a few short days.

Don’t Risk It: Get Tested Today

Your sexual health is every bit as important as your physical and mental well-being. Don’t let shame or stigmas keep you from having a happy, healthy sex life.

Are you or a partner interested in getting tested? Schedule an appointment today, and you may be able to get tested for STDs as early as today.

Symptoms are tricky to interpret. Does your headache mean you’re dehydrated, stressed, or dealing with poor vision? It’s tempting to ignore symptoms and just hope they disappear, but the following five symptoms definitely need your attention since they could signal an STD.

Itches happen from time to time, but it isn’t normal to feel ongoing itching inside your vagina. If your itching becomes incessant and overwhelming, it could indicate a yeast infection… or it could indicate an STD like chlamydia, gonorrhea, herpes, or trichomoniasis. It is even more likely to be an STD if the itching is paired with any of the symptoms below. END_OF_DOCUMENT_TOKEN_TO_BE_REPLACED

Often known as “The Clap,” Gonorrhea is a common sexually transmitted disease (STD) that affects about 78 million people around the world each year. Though this STD can be treated, it is a serious condition that can lead to complications if ignored.

Procrastination only makes matters worse, so it’s essential to test for gonorrhea as soon as you suspect you might have contracted the disease.

Gonorrhea is caused by the bacterium called neisseria gonorrhoeae. It can affect both men and women in the genitals, rectum, and throat as a result of any form of unprotected sexual activity.

Gonorrhea is especially unique because it can be passed from mother to baby during pregnancy. It’s even possible to experience gonorrhea and chlamydia simultaneously. END_OF_DOCUMENT_TOKEN_TO_BE_REPLACED 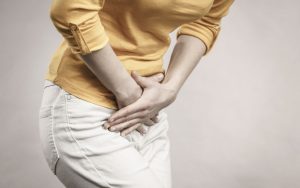 Some health problems are glaring and obvious, like a broken leg or bloody nose. Others, like some common STDs, show very few signs that they have invaded your body. While it’s easy to assume that STDs only affect people who are reckless in their decision making, the truth is that any sexually active person is at risk of contracting a sexually transmitted disease. So how can you determine if you do have an STD?

Signs of Chlamydia and Gonorrhea

Chlamydia is the most common STD in America, and it can be spread through any type of sex. This means that condoms cannot prevent this disease.  The most noticeable symptoms of chlamydia include abnormal discharge that has an odor, painful periods for women, itching and burning, and abdominal pain with fever. Fortunately, chlamydia is a bacteria that can be treated easily with antibiotics. END_OF_DOCUMENT_TOKEN_TO_BE_REPLACED

There Are Two Types of Herpes

Sexual activity makes it possible for one type of herpes to transfer and cause the other type of herpes. For example, receiving oral sex from a person with oral herpes can lead to genital herpes. END_OF_DOCUMENT_TOKEN_TO_BE_REPLACED 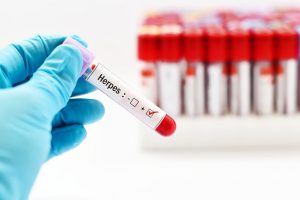 It’s easy to pretend that STDs will never impact your life, but the truth is that STDs are fairly common in our country. Millions of people are diagnosed with STDs every year, and contracting just one STD increases your risk of contracting another. Check out these three facts about STDs that will help you realize they are a threat meant to be taken seriously.

Sexually transmitted diseases don’t care if you have a high-powered job or a family that you love. They also don’t care about your age, race, or body type. As long as you are sexually active, you are at risk of contracting sexually transmitted diseases. Even people with only one or two sexual partners can contract an STD without knowing it. END_OF_DOCUMENT_TOKEN_TO_BE_REPLACED